Cebu Doctors’ University 2021-22 (commonly abbreviated as CDU) is a private university located in Mandaue City, Cebu, Philippines. It was founded in 1975 at Cebu City, as Cebu Doctors’ College, with the opening of its College of Nursing, one of the first nursing colleges in Cebu. CDU was granted university status by 2005 and moved to its present campus in Mandaue City by 2007. It presently has 8 colleges and a graduate school. It is the only school in the Philippines declared as a university without having basic education (pre-school high school)

After successfully establishing Cebu Doctors’ Hospital, its core founders conceived the opening of a school of medicine as another venue of service that may have a significant effect and contribution to the welfare and progress of the nation. Through hard work and sheer determination, the Board of Directors of Cebu Doctors’ Hospital unselfishly devoted their time to secure from the then Ministry of Education, Culture, and Sports

as a medical institution in June of Academic Year 1977-1978. Out of the numerous applicants, only eighty pioneer freshmen were accepted. Since then, its Board of Trustees has pursued a program of expansion which continues to this date enabling CDCM to grow and earn its mark as one of the best medical schools in the country. On November 23, 2004, Cebu Doctors’ College of Medicine officially became Cebu Doctors’ University College of Medicine, with the acronym CDU-CM, after Cebu Doctors’ College was granted University Status by the Commission on Higher Education. 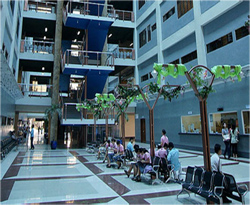 We are Providing Cebu Doctors University Philippines Admission 2021-2022 From Rajkot, Surat, Ahmedabad, Vadodara, Palanpur, Gujarat, India 2021-22,if you are looking then get in thuch whith us !