The history of the RSMU began in 1906 when a medical faculty was opened as a part of Moscow Higher Women’s Courses. Later, in 1918, Moscow Higher Women’s Courses were reorganized and became the Second Moscow State University (2nd MSU) with a medical faculty. In 1930, as a result of the reorganization of the 2nd MSU , its medical faculty became an independent higher medical educational institution – the 2nd Moscow State Medical Institute (2nd MSMI) – the 2nd Moscow Order of Lenin State Medical Institute named after N.I. Pirogov (2nd MOLSMI). Since 1991 the Russian State Medical University has been the successor of the 2nd MOLSMI named after N.I. Pirogov.

Russian State Medical University offers a course of studies on medical and psychological major as well as on social work. One can get higher education at the university at the expense of the Russian Federation budget (free of charge if it’s the first education being acquired), at the expense of Moscow government (free of charge with the obligation to work on Moscow Health Treatment department assignment after graduation in Moscow establishments for general health for 3 years) and also on a contract basis (charged). 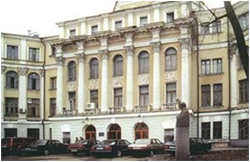 The leading position of the RSMU in the national system of medical education is a convincing proof that the University has been demonstrating these qualities throughout its history.Another proof is a growing number of students and teachers, as well as an increasing number of faculties and departments. Moreover, the distinguishing feature of the University has always been its up-to-date attitude to vitally important demands of practical medicine and biomedical science. In 1963, during the period of active space exploration and development of new braches of science, the 2nd MSMI opened the first Medico-Biological Faculty in the world, which began to train researchers in the fields of biophysics, biochemistry and medical cybernetics. The actual demands of time dictated the establishment of new faculties, including the ones, which have no analogues in the world ( Pediatric, Medico biologic); the organization of faculties in response to the political situation (Military Faculty), to changing priorities in public health (Psychological-Social Faculty ) or to the introduction of a new concept of continuous professional education (Faculty of Additional Teachers’ Training , Faculty of Advanced Training of Doctors, Faculty of Preinstitutional Training). The very idea of the organization of a medical faculty in Moscow Higher Women’s Courses opened new prospects of increasing the number of doctors in Russia by recruiting women in the situation, when the country had a need in medical specialists.

During its existence the University has trained more than 70,000 doctors who fulfilled and continue to fulfill their professional duty in all parts of our country and abroad. In 1966 the University was awarded the highest order of the country – Order of Lenin – for its achievements in training medical specialists and on the occasion of its 60th anniversary.

During the years of the faculty existence over 140 thousand specialists of various specializations from Moscow, Moscow region, Soviet Union and Russian Federation cities, towns and regions, CIS states studied within the postgraduate education program. The course of studies is carried out at 54 clinical bases located in medical establishments for general health in Moscow, Tula, Medical and Federal subordination preventive treatment facilities, RAMS, Ministry of health treatment and social development research institutes of the Russian Federation. Currently, advanced studies on 43 medical majors within 197 program courses on subject and general advanced studies are carried out. The faculty counts more than 200 university employees, 80% of which have Doctors’ degree and degree of an associate professor.

The RSMU has always taken the leading position in medicine. In 1997, after a long interval, the Students’ Scientific Society renewed its work, and the yearly Pirigov’s Conferences were reinitiated. In 2005 these conferences received the status of international conferences. Now, besides the participants from Russia and other countries of UIS, the RSMU welcomes guests from Germany, Bulgaria, Macedonia, Serbia, Poland, Albania, Romania and other countries

Foreign students take an active part in sports events not only in the University, but in international competitions in Moscow and other cities of Russia. Each year there are sports competitions between students from Malaysia studying in different medical universities? The last competitions took place in Nizhny Novgorod in May 2008. The team of the RSMU took the second place. In 2007 the RSMU received the teams of Malaysian students from Kursk, Volgograd, Nizhny Novgorod, and Moscow. 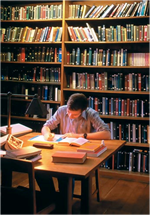 In 1963 in Russian State Medical University a Department of Foreign Students Teaching was formed. Since 1990 there is also a department for preliminary education for foreign citizens. A citizen of any foreign country who has secondary education can come to Moscow and enter into contract with RSMU for any medical course of study. The Diploma of the Russian State Medical University graduate is recognized in the whole world. Over 3000 specialists for more than 70 world states graduated from the faculty for foreign students. They work in their home countries and are thankful to the University. We intend to broaden this sphere in the university activities year in year out.

After graduation from the University and getting the degree of Higher Education the final уеаr student has to be certified as а specialist. It mау be realized in either in clinical Internship (1 уеаr of training) от clinical residency (2 years of training).